Yosemite Valley lodging is always the ‘in spot’ because fun is in-season 365 days a year! California’s ‘gift of nature’ is constantly changing, and many love Yosemite best during the warm summer months. In July and August, Yosemite lodging hosts families on summer vacations. The park is a happy destination for kids and adults eager to escape the heat by rafting on a river or sitting in the cool shade of giant Sequoias.

But when the weather outside is frightful, many people find Yosemite Valley lodging delightful! Because despite the fact that many of the roads in the park close due to heavy snow in winter; Yosemite Valley is open all year long and Yosemite lodging is, too.. At 4,000 feet, Yosemite Valley’s winter temperatures are relatively mild – 26 to 50 degrees Fahrenheit, even in February. The unpredictable weather makes winter an excellent time for photography in Yosemite Valley. Stormy clouds hang over the cliffs and valley floor like cotton balls creating spectacular shots that make amateur shutterbugs feel like pros.

There’s more good news. Yosemite lodging comes in many price ranges, but it is especially affordable during the winter months. Winter is considered “off-season” and Yosemite Valley lodging costs dip right along with the mercury. In general, there are fewer people visiting and rooms – especially during midweek – are available on very short notice. This makes Yosemite lodging options a perfect choice for people with flexible travel plans. They can take advantage of last-minute airfare specials and get a great rate on Yosemite lodging.

Yosemite lodging may host fewer human guests than usual when there’s snow on the ground, but there is an abundance of wildlife to be seen. Deer, raccoons, coyotes, and mule are common. And when winter robs Yosemite trees of their leaves, it’s possible to see bears outside their caves – their own version of Yosemite Valley lodging!

You can’t say “Winter in Yosemite” without talking about the winter sports scene there. Elite athletes and amateurs share Yosemite Valley lodging, and both groups take advantage of Yosemite’s deeply discounted winter sports packages that combine lifts, equipment rentals and (for novices) instruction in skiing and snowboarding. The Badger Pass Ski Area, about a 40-minute drive from Yosemite Valley lodging, is California’s original ski area. The Pass’s gentle slopes and the quiet backdrop of Yosemite in winter have made this area a traditional destination for generations of holiday travelers throughout California.

Although most of Yosemite Valley’s lodging goes to ski enthusiasts in winter, skating under the amazing shadow of Glacier Point and the world-famous Half Dome monolith has brought winter visitors to the Park for more than 70 years. The outdoor rink at Curry Village is the perfect skating spot on a starry night and inexpensive rentals make it easy to spontaneously join the fun. Or if you prefer, settle in beside a crackling fire with something warm to drink and watch the skaters glide by. 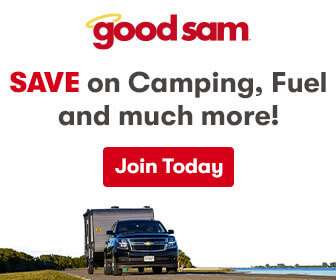